We’ve primarily envisaged connectedness as human-to-human or human-to-internet using technologies like 4G. However, there is a silver lining with 5G.

Not only will the next natural development of connectivity connect ordinary equipment and devices to humans, but it will also connect machines to machines. In fact, the fundamental promise of 5G is that it will connect our entire environment to one another! South Korea, China, and the United States are the nations that are leading the globe in developing and implementing 5G technology.

Telecommunications companies all around the world have been racing to develop fifth-generation (5G) wireless technology, notably AT&T Inc., KT Corp., and China Mobile.

In the realm of wireless technology networking, 5G is the next big thing. Technology in the fifth generation is predicted to be larger, quicker, and better. The purpose of 5G architecture is to link everything and everyone — people, buildings, cities, sensors, smartphones, robots, and drones – using a significantly higher next-generation technology plane. It will feature better data rates, lower latency, a higher capacity system, energy savings, and cost savings when compared to current wireless technologies. It will provide society and industry new skills and possibilities. Here’s some of the buzz about 5G:

“The adoption of 5G will be even faster than what we saw on 4G, which was already fairly fast,” said Ignacio Contreras, Qualcomm’s director of marketing

“5G will be the post-smartphone era,” said Robert J. Topol, Intel’s general manager for 5G business and technology. “Phones are the first place to launch because they’re such an anchor in our lives from a connectivity standpoint.”

“5G is one of those heralds, along with artificial intelligence, of this coming data age,” said Steve Koenig, senior director of market research for the Consumer Technology Association.

Variance Between the different generations of mobile networks and 5G 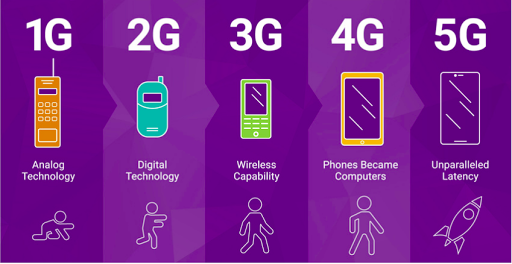 TALE OF THE GENERATIONS:

In the 1970s and 1980s, 1G, or the first generation of mobile networks, was introduced, and it solely conveyed voice data. They were sent across radio waves in an unencrypted format. Japan was the forerunner of the 1G revolution. Low coverage and sound quality, lack of system compatibility, and unencrypted speech were all downsides of 1G.

In the 1990s, the term “2G” was coined. Digital and encrypted communications were used. Higher-quality data might be supplied. It is possible to send text, picture, and multimedia messages. This resulted in a telecommunications revolution. When mobile cell towers first arrived, consumers and businesses eagerly embraced them. Smartphones were created in the year 2000.

In the early 2000s, 3G was built. People could access data from anywhere in the globe since online connectivity was standardized in this era. This was four times faster than the previous record of two gigabits per second. Data transfer, video conferencing, video streaming, and voice quality all improved with 3G. The qualities of this generation were included with the debut of Blackberry. Smartphones became a need rather than a luxury item after the introduction of the iPhone in 2007, and 3G technology made them a necessity rather than a luxury item.

Apple, Google, and Facebook were key players in the development of 4G technology. Thanks to 4G technology, consumers now have access to high-quality video streaming. 4G technology, which is now the most extensively used, enables high-definition movies, conferencing, and gaming applications. It was as simple as switching sim cards to go from 2G to 3G. However, 4G requires a shift in mobile devices.

5G: The 5th generation revolution is just around the corner. This generation offers faster systems, lower latency, energy savings, and more capacity. 5G’s better connection aims to provide equitable access to the network regardless of geography or socioeconomic standing. Remote surgery, telemedicine, self-driving vehicles, smart cities, smart buildings, and smart factories, as well as virtual reality experiences while gaming, shopping, and watching sporting events, are all possible with 5G. It aims to expand wireless services from the internet to the Internet of Things and the communication industries.

After, the aural faculty obvious question pops up in our minds..WHEN IN INDIA?

The indigenous 5G testbed project, which is being supported by the Department of Telecommunications, is nearing completion and is projected to be finished by December 31, 2021.

Following that, 5G services would be made available in India.

Gurugram, Bengaluru, Kolkata, Mumbai, Chandigarh, Delhi, Jamnagar, Ahmadabad, Chennai, Hyderabad, Lucknow, Pune, and Gandhi Nagar are expected to be among the first cities in India to receive 5G services in 2022.

REVOLUTIONARY CHANGE IN INDIA BY 5G:

The answer is simple: we need to jumpstart the Fourth Industrial Revolution in order to catch up to global powers like China, Japan, the United States, and Western Europe in terms of technology. Many of the applications, such as IoT, smart cities, and automation, will enable us to alter the country’s manufacturing, agricultural, healthcare, education, IT, work, and living infrastructure as the industry creates hundreds of 5G use cases. Many of the rising enterprises that will profit from 5G in India would logically fall into these categories, adding to the economy. Indeed, India’s leaders and visionaries believe that 5G would be the trigger for the country’s transformation into a $1 trillion economy by 2025.

Yes and no. With the majority of 5G SIM only packages being 4G and 5G enabled (With the exclusion of EE) you can use them in either kind of phone. However, when used in a 4G phone they won’t be able to access 5G speeds.

Given recent rate rises and carriers aiming for an ARPU of Rs 300 per month, the cost analyst believes that 5G costs would not be lower than 4G. “They’ll likely be comparable to 4G costs to attract more users and promote upgrades.”

Isn’t it fantastic that 5G has the potential to be 100 times faster than 4G? Real-world speeds range from 50 Mbps to 3 Gbps, with a maximum speed of roughly 20 Gbps. There are three different types of 5G, each with its unique speed. Low-band 5G is somewhat faster than 4G, with speeds ranging from 50 to 250 Mbps.

Now as the founder is coming from the Cricket family. Let’s chatter lil about our family!! 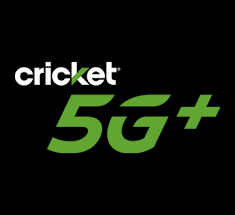 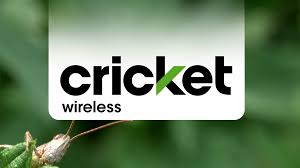 As long as their phones are compatible with 5G networks, the Cricket family may now enjoy faster 5G speeds. Cricket is also dropping the 8Mbps speed ceiling from all of its plans, which range from $30 for 2GB of data to $60 for an unlimited subscription.

In the eyes of the technology research, the best 5G phones you can buy today in 2022 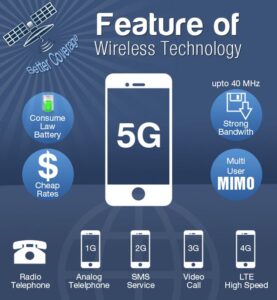 What does clients basically expect out of 5G in current scenario?

For customers, a quicker mobile internet connection is just the beginning with 5G technology. We’re all working from home because of the epidemic. With this next-generation technology, the user will benefit from a stronger, more secure connection with faster speeds and lower latency. Consumers should expect 5 Gen to bring them self-driving cars, smart homes, virtual reality experiences when gaming, shopping, and watching athletic events, as well as telemedicine and remote health monitoring.

How does 5G operates?

Cell sites split the territory into sectors and transmit data via radio waves in 5G. This concept is similar to that of previous networks. Each cell site needs be connected to a network, and 5G employs an OFDM network. This allows the 5G radio waves to travel faster thanks to more effective coding..

The 5G speed is 20 times faster than the previous generation, has much lower latency and tremendously improved reliability. Theoretically, 5G download speed is set to achieve 10gbps over 1gbps for 4G technology.

5G TO BE THE NEW YOU